Turnaround: Can Your High Potentials Lead One?

Recently, I’ve been coaching a high potential Director of a multi-million dollar technology company who I’ll call “Roger”.  Roger is on a the company’s succession plans to eventually be promoted to a VP-level position.  However, 6 months ago, his boss placed him as the leader over a division whose profitability was rapidly sinking and was in severe need of a turnaround.  The appointment was both a test of his capability and leadership resiliency.  I was brought in to be a coaching partner and resource with him on this journey.

Roger is a real visionary who wanted to take radical steps to disrupt the status quo in the division and breathe a breath of new innovation into his organization’s thinking.   However, he shared with me that he had huge concerns that he did not have the right talent on his team who had the skills to make such a revolution happen.

In one of our coaching sessions, I shared with him that he may have a valid concern but I also asked him a few critical questions – How did he REALLY know that his team was void of the talent of which he desperately dreamed?  Was this based on fact or assumption?  Had he ever provided his team an invitation and a mechanism to present to him out-of-the box ideas which could turn around the division?  I mean, who best knows the opportunities for improvement more than those who execute the day-to-day tasks that keep the division running?

Upon reflection, Roger realized he really had not provided an opportunity for his team to share him with viable ideas.  Roger and I agreed that before he realigned the division (code for “fire some people and hire new ones”), to start with those currently with skin in the game and a huge interest in making the division profitable again.  Roger also shared his thinking around the fact that taking 30 days to challenge his staff would likely increase engagement, buy-in, and awareness of the urgent need to make some kind of change.  He even shared that if a realignment was still needed, at least the organization would better understand why.

I challenged Roger to put together a process for the challenge in 3 days and to free up his time on the calendar for a day of 10 minute presentations within 10 days after the request for presentations were submitted.

Who needs 30 days if time is ticking or immediate?  The purpose of the exercise was to explore potentially possible ideas- not to fully flush out a full action plan for any one idea.  This way in 14 days or less, Roger would have a better feel if there were any employee-generated ideas worth exploring.

Net/net, working together with me, Roger put together a ½ page overview of his request for staff-generated proposals.  In his request he stated, “Don’t send a resume or your career development plan.  Our division is at a critical state and your presentation will speak for itself.  There will be plenty of time for us to get to know each other even better.  Right now, in order to turn around this division, I need the right person(s) with the right ideas to save all of our jobs.  Tell me WHY your idea is the right idea for our survival right NOW.”

10 days later, Roger had 27 presentations scheduled over a 2-day period.  Out of the 27, his leadership team found 5 highly viable ones.  He organized a cross-functional team to more deeply examine the proposals, who determined 2 of the initiatives had real possibilities of help the division in its turnaround.

Roger led his team to implement both initiatives, which in combination, helped the division to see 35% growth in revenues in 4 months.

The Lesson:  High potential leaders should be reminded that success doesn’t rest on just THEIR shoulders.  If you’re going to 5X your business metrics or goals, it is important to invite others who are also invested in the success along for the ride.  In this story, my high potential coaching client, Roger, further developed 3 of the 7 competencies of differentiated leadership – Intellectual Horsepower, Strategic Decision Making, and Drive for Results.  Not only did he develop them himself, but he also help to develop them in his team.

Isn’t that what a high potential leader should demonstrate in order to validate their ability for larger roles?  Heck yes!

My high potential coaching clients have had such glorious stories, which I am dying to fully share.  But in order to respect their anonymity, I am only able to share a high-level overview of their learnings.  Just know that each story is so much richer that I can share publicly.

However,  if you too would love to witness extraordinary impact by your high potential leaders,  I’d be honored with the opportunity to coach them.  Together we would take a deeper dive into their desires than they’ve ever dared to go, we’ll help them dream bigger than they’ve ever dreamed, and then help them get there- one tiny step at a time.

Consider sponsoring a coaching package or enrolling them in the next E.P.I.C. Leadership Accelerator.

P.S.  If you liked this post, I have a sneaky suspicion that you may be interested in joining our community of career-savvy ultra-achievers!

Welcome to Shockingly Different Leadership! We are a human capital professional services firm which provides organizations consulting expertise in the areas of Talent Development, Organizational Development, and Human Resources – on an on-demand, project, or flexible basis. 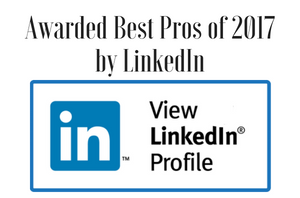